As both a writer, and a Rollason,
my interest was curiously pricked,
after moving to Erdington
from way out in the countryside sticks
where for reasons that don’t matter here,
our family held some sway,
here in the big city I was just another resident
going about their business, day by day by day.

But I soon saw my name on signs,
here and there so then I thought
I would consider looking into these curious things
and maybe, dish some dirt,
but really to find out some historical things,
that might be interesting to share
if nothing more than a name in common and dare I say it,
perhaps, some kind of flare.

So, there I found this man, Able Rollason,
it seemed an industrialist of some local note
who settled here in Erdington
and without really needing to gloat,
built a successful business in steel, wire and metal,
fired by wood, coal and coke.
He also delivered a family of 5 children,
which I’m sure took hard work and acumen to cope.

He grew broad in social stature
and took the City Council to London’s High Court
for not clearing the drains of detritus and dead dogs
in the water he sought
to run, not just his business but,
the many others around him, growing rapidly
and because of his persistence,
diverse industry thrived to greater and greater capacity.

He also looked at the local community
and helped where he could, here and there,
so the good and the great of the township
named a road for him, just to show that, they care.
In both work and philanthropy so well did they do,
Able, Rachel and their family a plenty,
they moved to the Hall at Pype Hayes with its grounds,
now the park enjoyed, by so many.

At an earlier point they lived in a slightly less big house,
but still nice, at Shepherd’s Green,
only a short walk from where I lived,
which was what had originally made me so keen
to find out more of our wider genealogy,
but sadly, there was no apparent easy link and
any thoughts of industrial wealth coming along,
were sadly lacking, not that I really did think.

Anyway, I’m sure that there could be some branch in a tree,
maybe if only a tenuously and thin one
that could link me to him if I did enough digging and delving,
perhaps it might even be fun.
But somehow it’s just nice to know that you share,
a little of something with a minor local hero
if only a family name, seeing it on signs and buildings gives one,
dare I say it, a warm kind of glow.

The collection is about the places and people in and around Erdington, an interesting suburb of Birmingham in the UK. The book is available online at the link here.

What do you want to read?

Follow Poetry and prose from a creative mind on WordPress.com 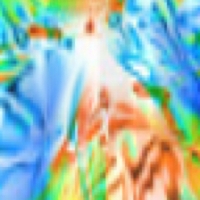 Immature poet imitate...but the mature one steal from the depth of the heart

WELCOME TO MY METAPHORS

MAKING A DIFFERENCE, ONE STEP AT A TIME

Always learn from the curiosity within and around myself.

inspirational,philosophical & my perspective towards society.

BY GRACE THROUGH FAITH

Hello, I am Amaan Khan and this is my complete Portfolio | Weekly fiction and personal writings

The Flowers of Art

In the kingdom of life, with the strokes of the brush, the bow and the pen, artists have sowed their hearts to contrive, fields rivalling in beauty the Garden of Eden.

A little bit of everything

Stories in the life of a girl with dyslexia

writes a short story every week